Williamsburg New Mexico welcomes travelers off I-25 via exit 75. The little town came to be in 1950, when a group of Hot Springs New Mexico’s disgruntled citizens moved next door in protest of the town’s new name: Truth or Consequences. Three residential areas just southwest of / adjacent to Hot Springs voted to incorporate as a village and take the name of the first mayor, Dr. Thomas B. Williams, a “colorful character” (this is a understatement) on the local political and social scene.

Williamsburg citizens later voted to adopt the name “Hot Springs,” which was no longer being used by Truth or Consequences, but the re-name never caught on. A year later the town name was changed back to Williamsburg. 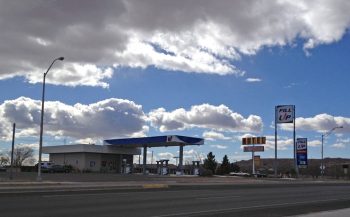 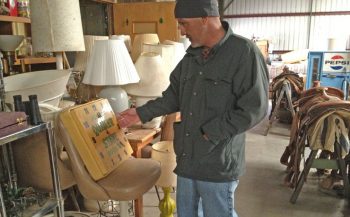 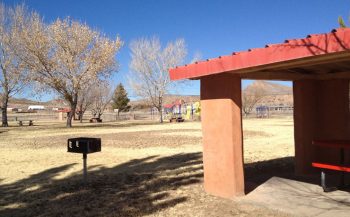 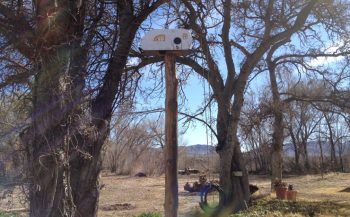 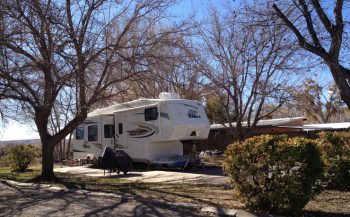 The Village of Williamsburg has progressed with a modern municipal services complex, and utility services are provided for its residents through contracts with the City of Truth or Consequences.

Many of Williamsburg’s residents are small families and retirees who enjoy the quiet village atmosphere. A park with tennis courts sits at the west end of the village. Family Park, on the east side of town, is actually located just over the border, in Truth or Consequences.

The “old” state highway (187), a picturesque southbound route that serves as an alternative to I-25, is accessed via Williamsburg. Highway 187 between Williamsburg and Caballo is part of both Sierra County Scenic Byways.