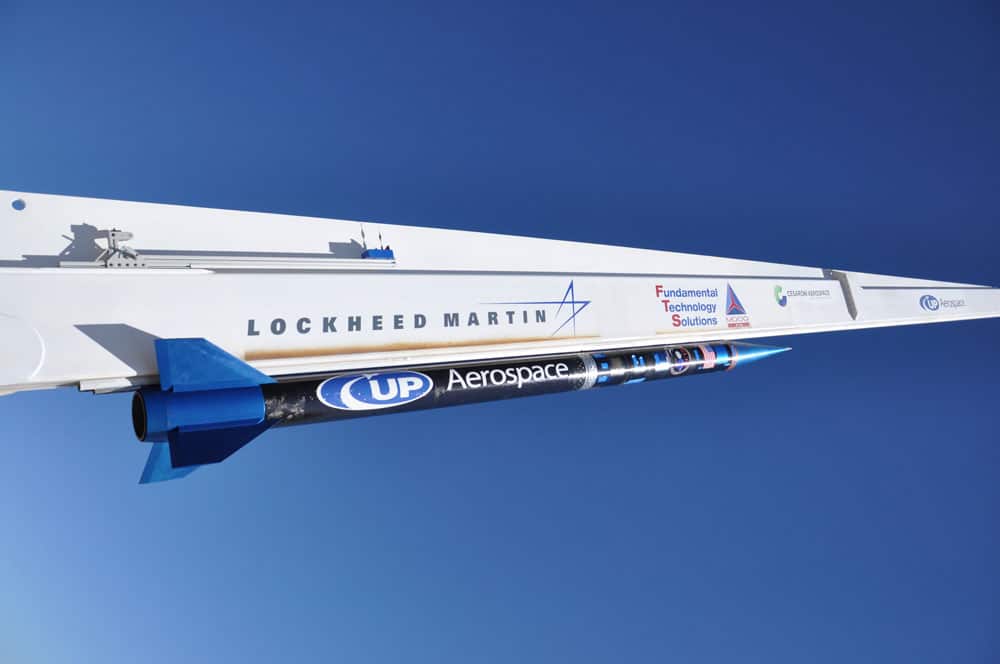 TRUTH OR CONSEQUENCES, N.M., Sept. 21, 2018 /PRNewswire-PRWeb/ — UP Aerospace demonstrated their ability to fly sub-orbital launch vehicles in rapid succession. Within 5 days of each other, UP Aerospace successfully launched two of their SpaceLoft vehicles into space.

Jerry Larson noted that, “UP Aerospace’s ability to develop and successfully launch a rocket in such a short amount of time demonstrates the high level of skill, dedication, and professionalism of his team.” NASA’s Flight Opportunities Campaign Manager, Paul De Leon shared, “It was great to see UP Aerospace demonstrate the ability to perform back to back launches, by performing both of SL-11 and SL-12 missions in less than a week.”

September 12, 2018 – UP Aerospace successfully launched their SpaceLoft 12 (SL-12) vehicle into space. The vehicle reached an altitude of 354,000 feet. This launch was flown for NASA’s Flight Opportunities Program. The vehicle carried two experiments from NASA Ames Research Center, as well as one payload from NASA’s Kennedy Space Center.

UP Aerospace President Jerry Larson stated that, “with our in house state of the art rocket motor development and manufacturing facility, we are able to provide a launch from conception to launch in about 6 months.” The payloads are retrieved following the launch and most often returned to the payloaders within hours following the launch. Jerry also said that, “NASA’s Flight Opportunities Program has been a great partner with UP Aerospace.”