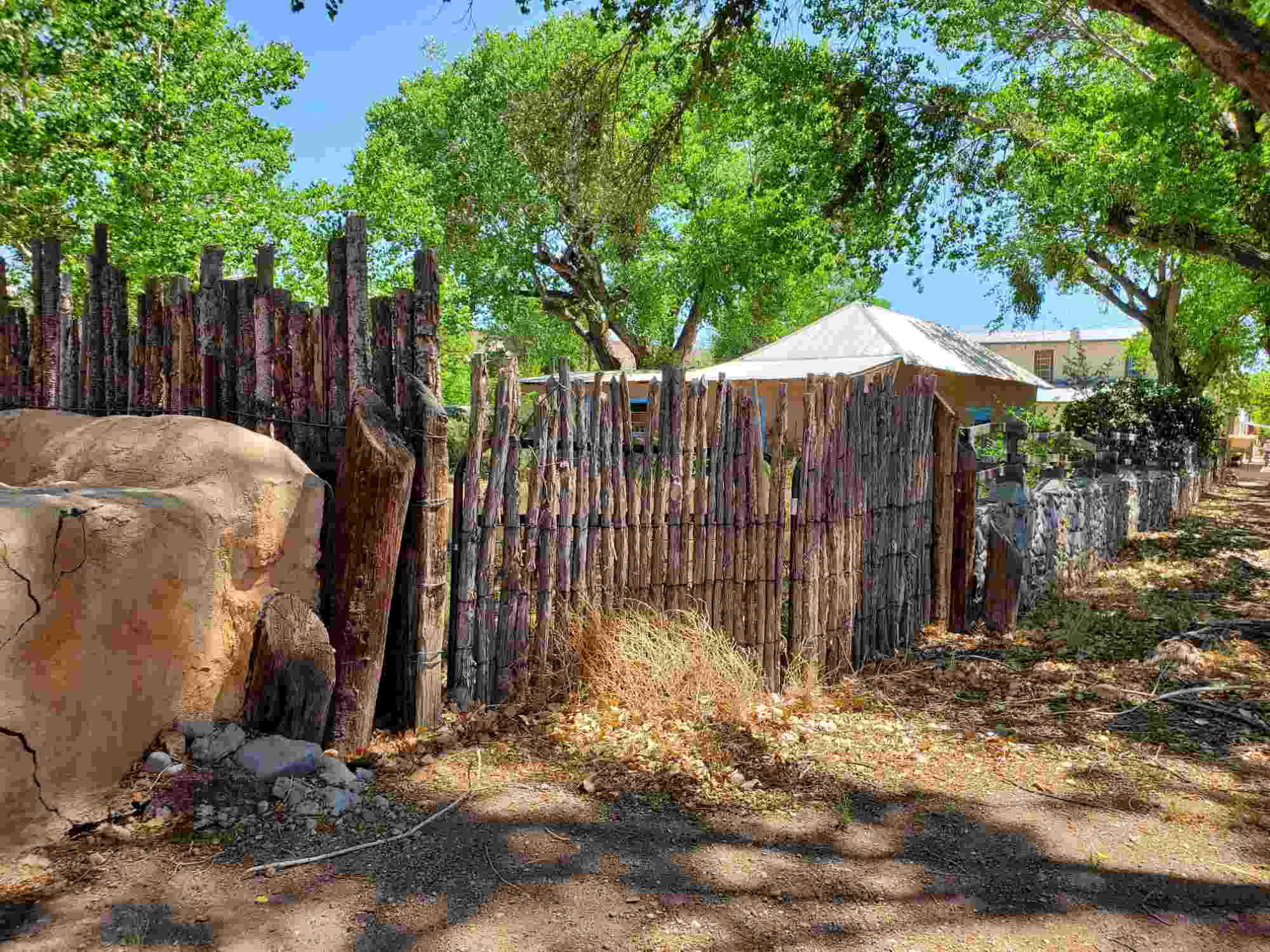 Hillsboro New Mexico was founded in 1877 when gold was discovered at the nearby Opportunity and Ready Pay mines.

Despite fierce attacks from native Americans, the town prospered and in 1884 became the Sierra County seat. Area mines produced more than $6 million in gold and silver, and by 1907 Hillsboro had a population of at least 1,200.

Today, this charming, peaceful village of a hundred souls is a wonderful getaway (lodging is available in town and in nearby Kingston) featuring flower-filled yards and old cottonwoods lining the main street. You’ll find many enticements, including gift shops, artist studios and galleries; the General Store Cafe; the remains of the old county courthouse; the Black Range Museum; and numerous other historic buildings.

All of these sites (and more!) can be seen on the Hillsboro Walking Tour (see a map of the tour, below).

Hillsboro’s Community Center holds concerts regularly, and is the location for annual events such as Christmas in the Foothills.

More info can be found on these websites:

1. Black Range Museum *
Built before 1893 as the Ocean Grove Hotel owned and run by Sadie Orchard and Tom Ying, the Chinaman. Adjacent is Tom Ying’s frame Victorian house with porch.

3. Site of the Union Hotel
Once the center of Hillsboro night life, burned in 1904.

5. Sullivan House *
Built in the 1890s by the Sullivan/Tafoya family is a classic 3-room L-shaped adobe.

6. Union Church
Built in 1892 for all denominations. Features a semi-circular apse and a unique chandelier.

8. Courthouse Ruins & Jail
Built in 1896, it was the site of many famous trials including the Oliver Lee trial for the murder of Albert Fountain and his son. After the County Seat was moved to Hot Springs, the Courthouse was sold and demolished. The Jail was immortalized in many Eugene Manlove Rhodes stories.

9. Dines House
Built before 1893, the house is actually two adobe houses joined together. Fran Dines, a local rancher, was born here. She is mentioned in Eugene Manlove Rhodes books.

10. King House
Built circa 1900 by the manager of the famous Bridal Chamber Mine in Lake Valley.

11. Rubio Complex
Owned by the family that maintained the roads in the Hillsboro area for over three generations.

12. The Tirey House
Built in 1894 of adobe with a Victorian façade.

15. The Pink Adobe
Built in the 1890s, the home retains its Italian style. It was the residence of Fred Mister, the owner of the last known operation stage coach line in the United States.

16. Enchanted Villa Bed and Breakfast
Built in the late 1930s by Sir Victor Sassoon, a Chinese–Indian entrepreneur who was the first non-British Islander to be knighted.

18. Bucher House *
Built before 1893, the Bucher house was the residence of a well-known banking, ranching and mining family.

19. Our Lady of Guadalupe Catholic Mission
Reconstructed to original plans after the 1972 flood.

21. General Store Café
Built in 1879 as part of a larger structure that was destroyed in the 1914 flood. The building has housed a bank, post office, general store and the Miller Drug Store. It retains a 1890 ambience and is very popular with locals and visitors.

22. The Crews House
Hillsboro’s first adobe home, it was the residence of the first M.D. who practiced well into the 20th century.

23. Post Office/Masons Building
Built before 1893, it features a turn-of-the-century Masons’ Hall on the 2nd floor. 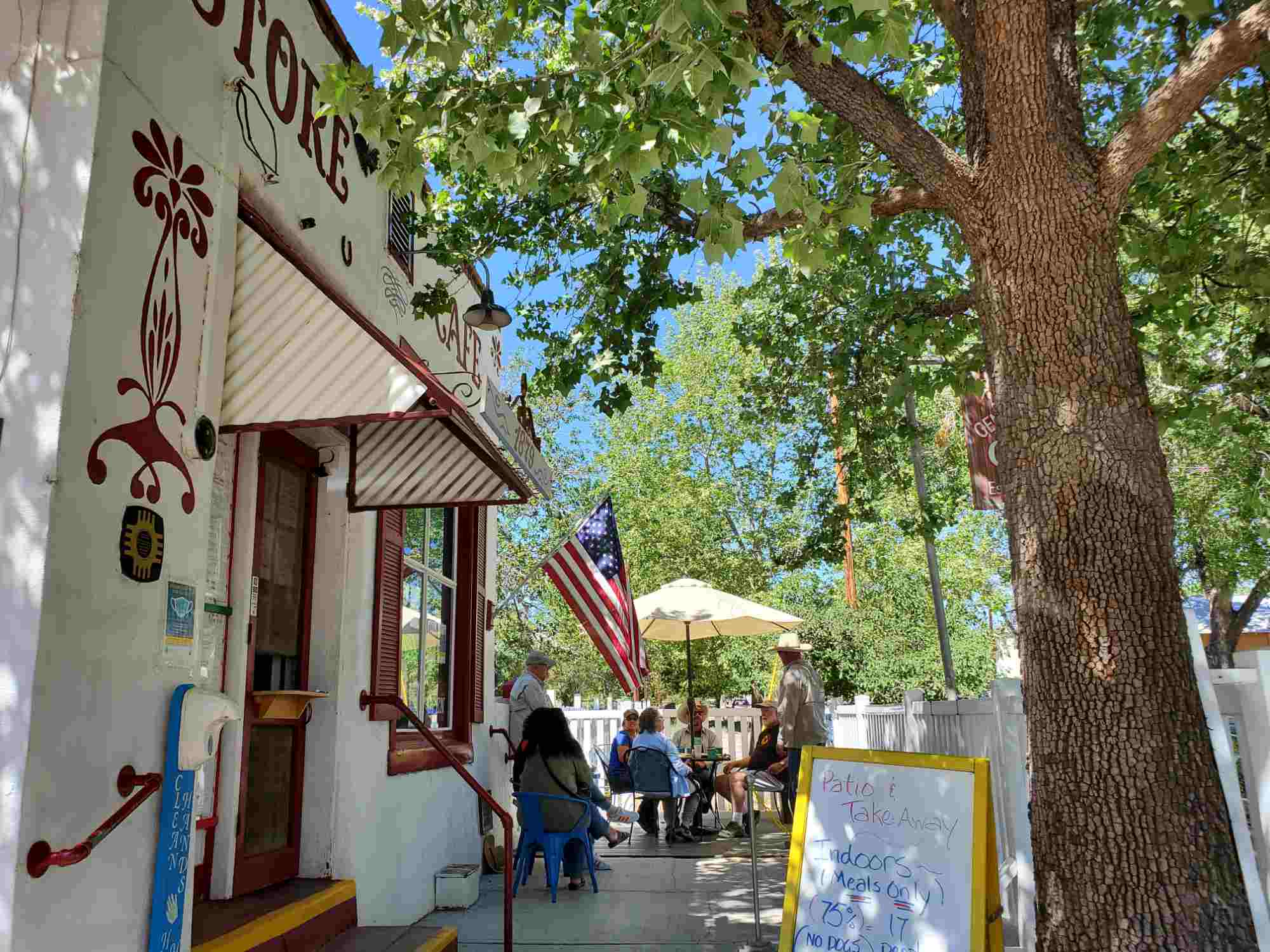