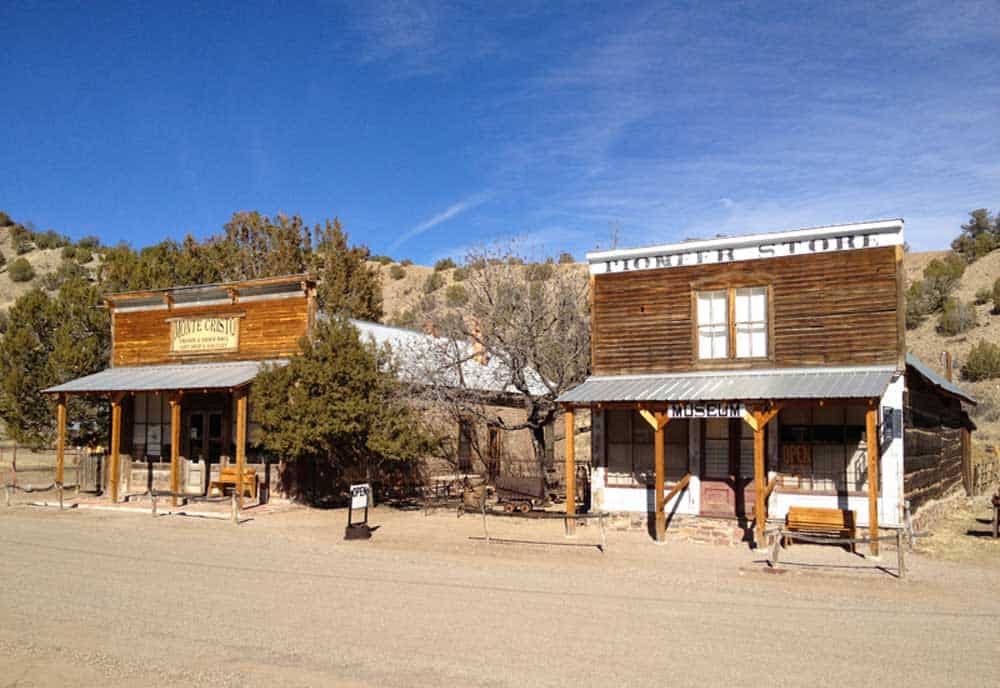 The 20 residents of Chloride New Mexico live in what’s essentially a former ghost town. It sprung up in 1880, two years after Briton Harry Pye chanced upon silver ore, a discovery he initially kept secret. Word eventually got out, prompting a boom.

Chloride, in its heyday, had nine saloons, a general store, a dry goods store, a millinery shop, a restaurant, a butcher shop, a candy store, a pharmacy, a Chinese laundry, a photography studio, a school, and two hotels. The Black Range newspaper was printed in Chloride from 1882 to 1896.

The demise of Chloride began with the Silver Panic of 1893 and was hastened by the presidential election of 1896, which resulted in a drastic decline in silver prices.

Today, many of Chloride’s original structures still stand. The old Pioneer Store is a museum; next door the former Monte Cristo Saloon and Dance Hall houses a gift shop and gallery featuring work by local artists. Both are open five days a week from 10am-4pm, closed Tuesday and Wednesday.

Harry Pye’s cabin is still here, and other landmarks in this tiny town include the 200-year-old Hanging Tree and the Doodle Dum (on the NM List of Cultural Properties) —  the workshop of longtime resident Cassie Hobbs (1904–1989).

Among the many mines established near Chloride, the St. Cloud mine is still in operation, though no longer mining silver. 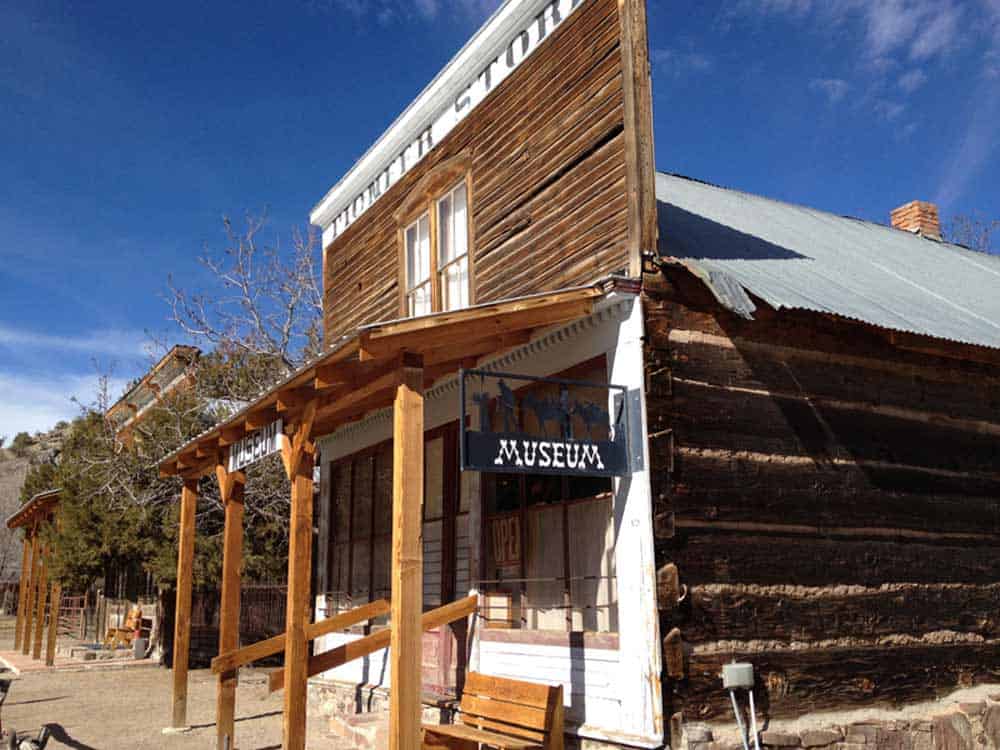