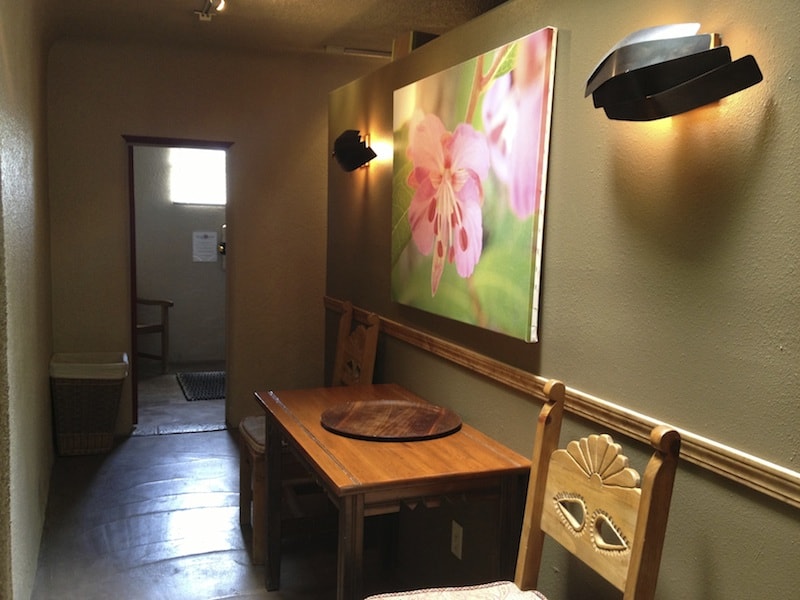 For the love of transparency! I work at Blackstone Hotsprings one day a week, and the owners (Ralph & Rob) and hotel are dear to my heart. I have to go in to the office anyway on Day 1 of my 21 soaks, so I begin here.

The four baths on the south side of the Blackstone property were rebuilt directly over the footprints of previously existing soakers from the motor court days. Each one is now lined in pretty blue tiles and finished with corrugated tin and concrete floors (my name for the tin and concrete treatment that’s so prevalent around town: “T or C Modern.”)

The Historic baths (2 of the 4 described above) are perfect for a party of one but could probably accommodate a couple, in a pinch. Water temps in these baths usually range from 110-112 degrees Fahrenheit, while the Wet Room bather is cooled down a bit so that visitors can enjoy the entire hour without overheating. 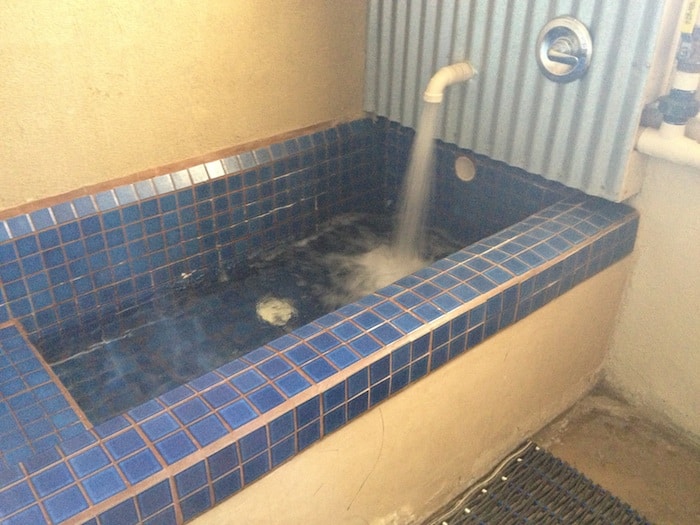 Once I’ve claimed Historic Bath #2, I have the option of adding cool water via a shower head (hot city water is available as well), but I go with full-strength mineral water. It cools off fairly quickly as I soak, which is not a bad thing in mid-April. I’m toasty both in and out of the water, but not too much so.

Walking across the street to the office afterward, I think – there IS a post-mineral-soak feeling that home baths just don’t impart. I often hear that the T or C mineral water is its own cleaning agent; that the salts and other minerals take care of impurities. Could that be what I feel? Disinfected?

Or am I infused with minerals, still carrying them on my skin, pumped up with lithium? I usually don’t rinse mineral water off after a soak, at least not while I’m still at the spa. I make a note to ask other folks if they do, or don’t. I start by quizzing one of the Blackstone desk attendants. Turns out she’s a rinser. She says the minerals make her skin itch.

Not me! I packed a vat of Queen Helena in my spa bag, and I slather it on directly over the minerals.  And — dang, I feel good.

next!
Scroll to Top